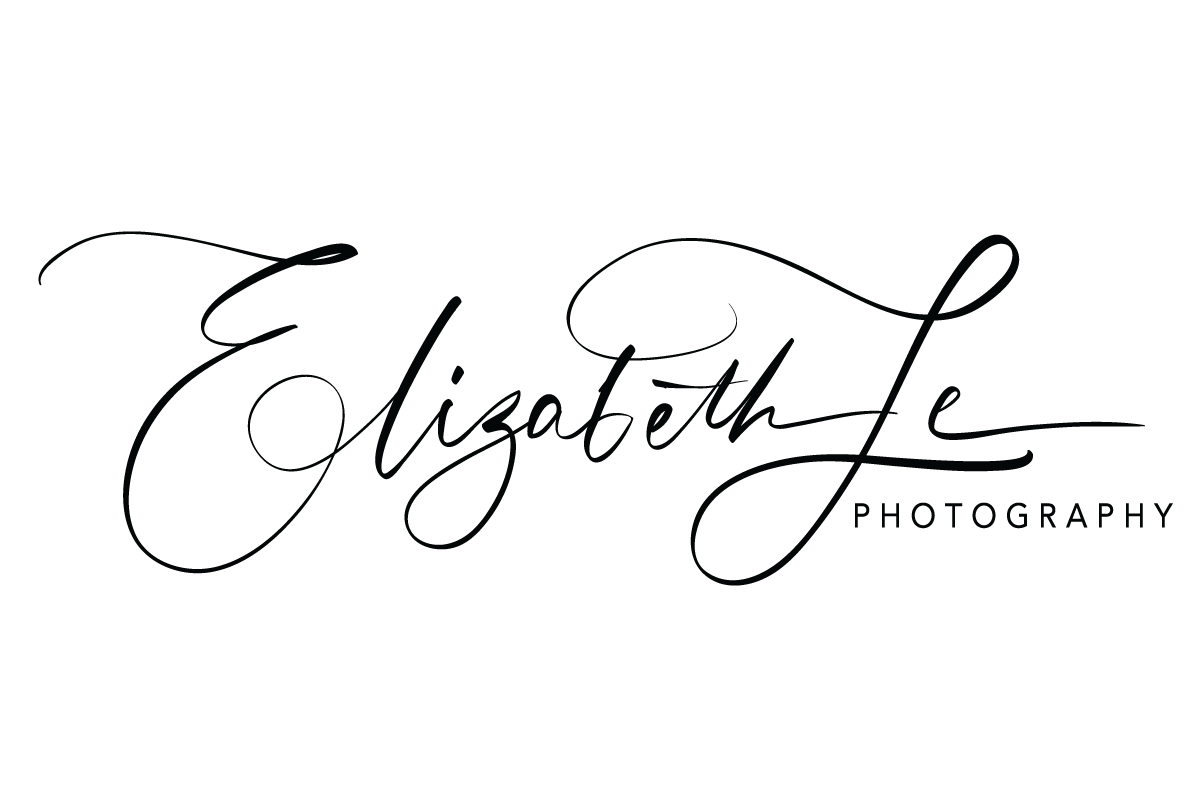 Jennifer and Desire came from Tulsa, Oklahoma to have an intimate elopement with just a few friends and family. Las Vegas had been experiencing more rain than usual in the last few weeks and I worried that it would be too wet and muddy for an elopement shoot. These two came ready to have a good time come rain or shine, and I’m so glad they did. Just look at the amazing photos we captured of the two of them! We met at Calico Basin near Red Rock, a location we agreed on for its scenic views. The lush greenery of the meadow juxtaposed against the desert rock landscape made for an amazing backdrop. From the moment we met, I knew Jennifer, Desire and I would get along. Jennifer was sweet and Desire had a crazy sense of humor…he had Jennifer and I laughing so hard during the entire shoot! Needless to say, it was one of the most laid back and entertaining shoots I have experienced with a couple so far. As usual, my couple was stylish in their wedding attire adorned with pink accents and cufflinks custom made by the groom himself, very impressive! I wouldn’t be surprised if Desire came up with his own line of custom-made cufflinks one day! He promised me a pair for my husband and I’m going to make sure he sticks to it. With his usual sense of humor, he said he was holding them hostage until he got his photos.

Don’t you just love the heart umbrella they brought! It was raining the first 10 minutes of our shoot and the umbrella came in handy! 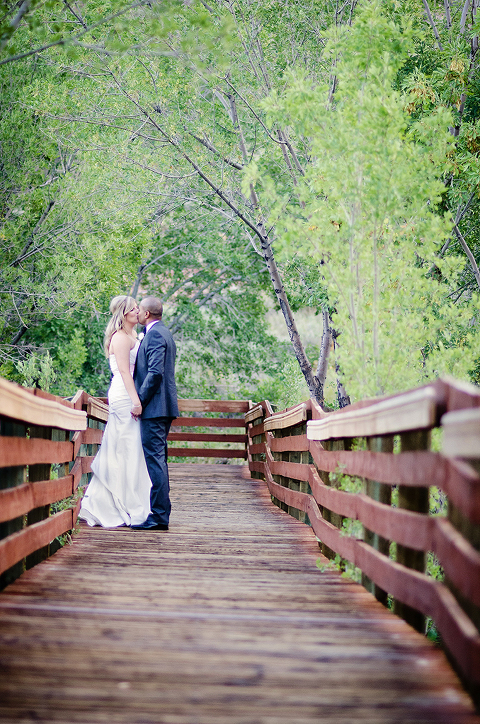 Talk about a fashionable couple! This was one of many “GQ” poses Desire was more than willing to oblige us with. 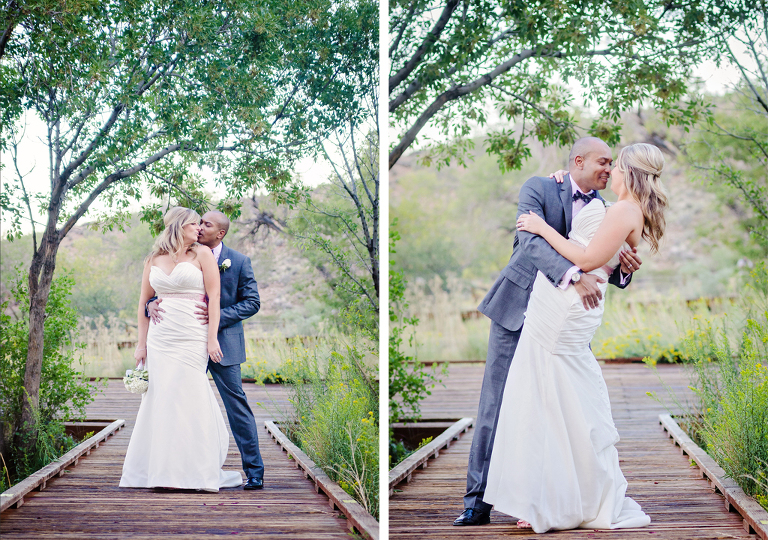 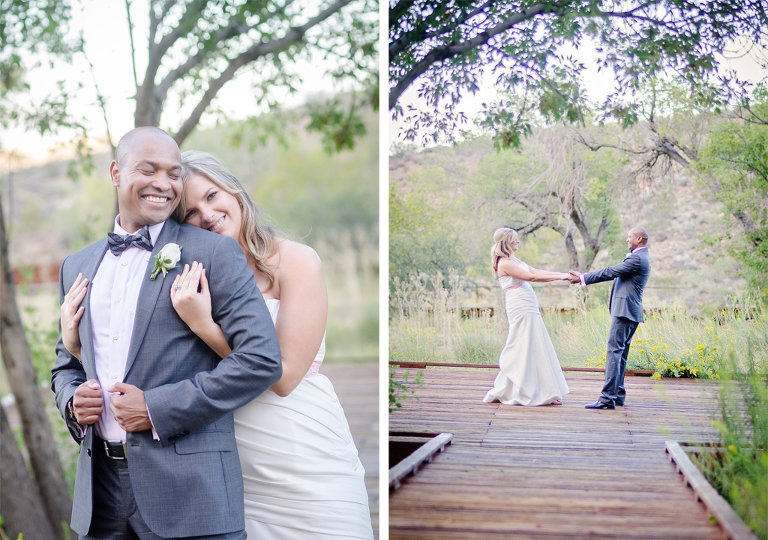 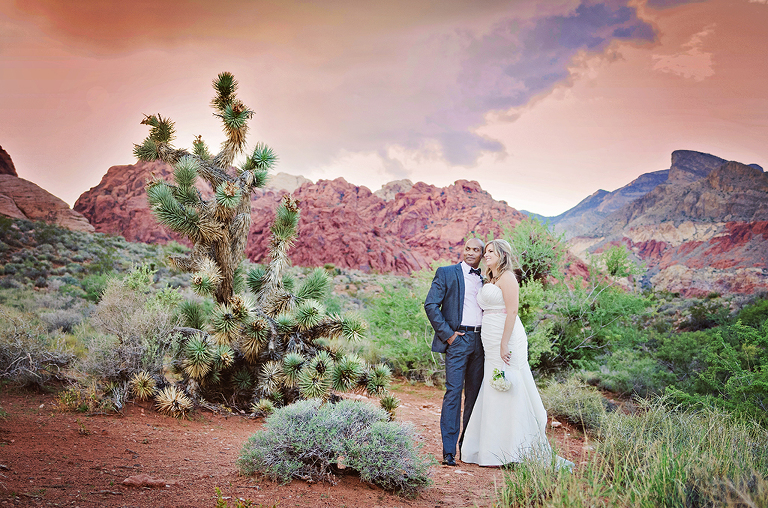 We were treated to an amazing and dramatic sky as the sun began to set. 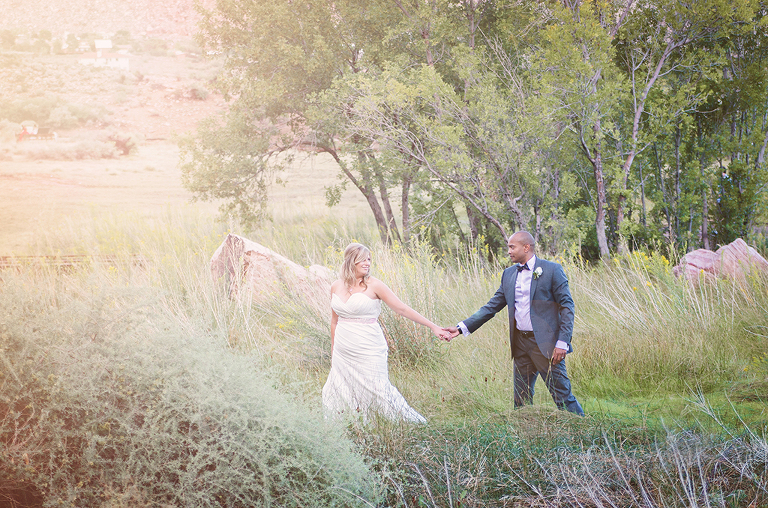 This is what I’m talking about. A meadow with lush greenery right next to the dessert! Only in Vegas!!! 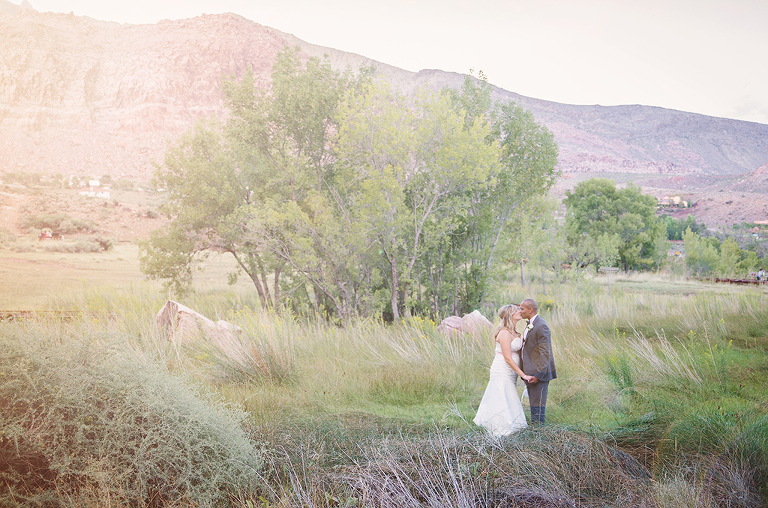